This inaugural exhibition which is to become a permanent fixture on the Emerald Arts Society’s calendar for many years to come was held over the 27th and 28th of July. The exhibition celebrated the life of John Dudley, a former president of the society, a spirited supporter of the arts and a valued member of the community who passed away in 2018.

The First Prize of $1000 was generously donated by the Dudley family and the Shire of Cardinia have pledged their support for future exhibitions. It was appropriate that the art society are running this event for the first time this year as the Emerald Arts Society celebrates its 50th anniversary.

Councillor Brett Owen officially launched the exhibition, with other councillors Leticia Wilmot and Jeff Springfield in attendance, together with the Cardinia Shire’s Arts Manager James Fischer. The Emerald Arts Society were delighted with the response, receiving 60 entries and an enormous crowd at the opening. The judge was celebrated artist Lee Machelak, who was a close friend of John Dudley and a member of The Twenty Melbourne Painters Group. Lee is an experienced judge and tutor who has won countless awards.

This year’s winner was Janet Hayes with her work ‘Self Portrait’.

All of the finalists’ artworks will be on display at the Emerald Library for the month of August. 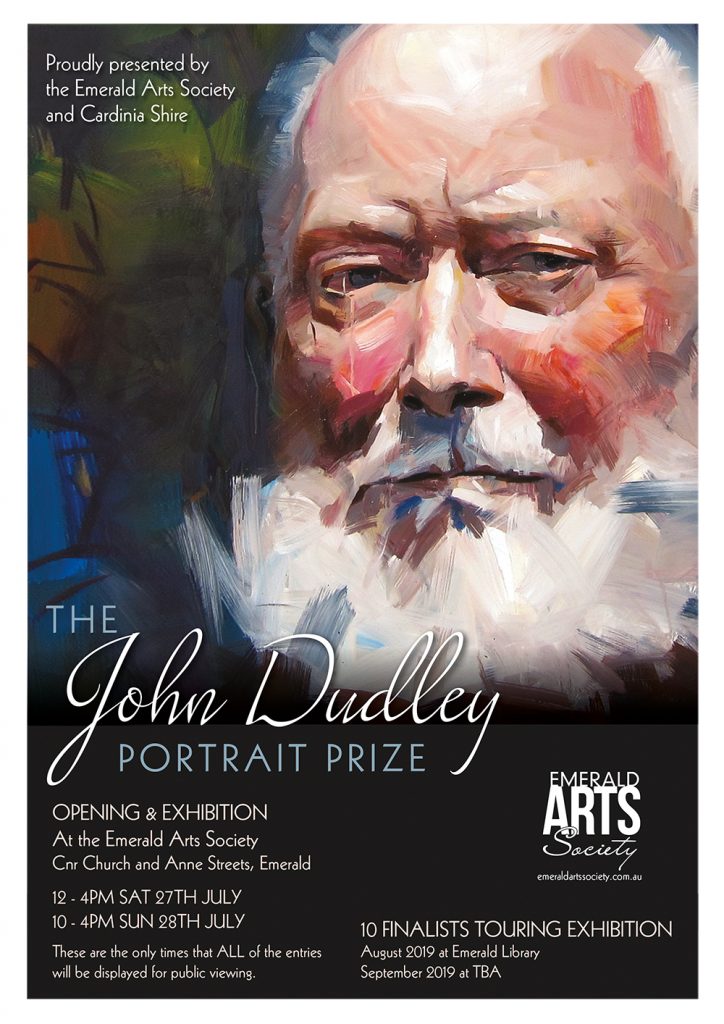